The morning started out as usual; we got up, left for San Rafael School at 7:45, ate breakfast there, and got to work. Emily, Jordan, Ms. Lear, and us (Sydney and Saniya) began turning over the grass to get fresh soil to plant beans in.

Meanwhile, Sra. Del Pozo and Anika began gardening, pulling out weeds, and tomatoes that were out of season. 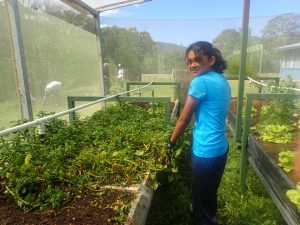 While all of that was going on, Ashley and Mae finished the piping (that was for the sinks) which we started yesterday. 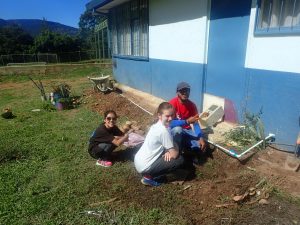 All of this was really hard work, and after just half an hour, we were all pretty tired. After eating a snack, some of us put on traditional Costa Rican skirts and watched a small performance done by four of the female students, all wearing the beautiful traditional clothing. We playfully danced a little, and took a picture with all of the students. 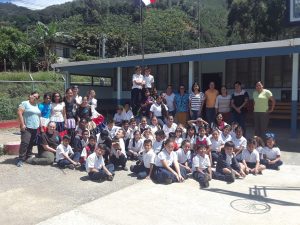 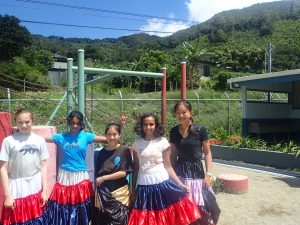 When that was finished, we went back to our awfully hard manual labor.

It wasn’t that bad.

We played a little when the work was done, and then ate lunch while visiting our host families again. All of us greatly appreciated the hospitality that they showed towards us. We then went back to the school and split up once more — some of us in the English classroom helping out, and others cleaning. 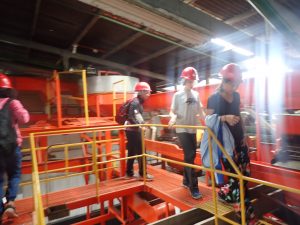 Lastly, we took a tour of a local coffee plantation that belonged to Coope Dota. During the coffee tour, we learned how the coffee bean is picked, rinsed, dried, roasted, packaged . . . and sealed. We also went into the factory and plantations to see the whole process. 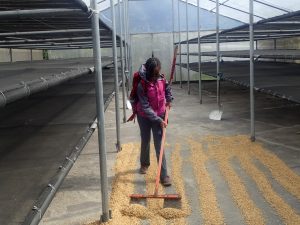 We bought beverages at the Coope Dota café, and the winning team of the scavenger hunt (Emily and I [Saniya]) got a free Fiesta (a milkshake containing Oreos and whipped cream). (Most of the other people bought theirs.) We also bought gifts for our families (but those are surprises).

After that long day, we headed back to Cabinas Cecelia for a delicious, homemade dinner, and pie.

One thought on “¡Sí Se Puede!”