Thankfully, today we were lucky enough to wake up an hour later. After mentioning that great promotion, we have to also state that today was a great day filled with festivities, basket weaving, planting, dogs, and mafia (no we didn’t actually try to murder each other). In the morning, we hopped into the van and drove to the school. THE END.

We ate breakfast at San Rafael school, quite similar to yesterday, and it was as delicious as always. We tried this new yogurt which was blackberry flavored. It tasted good. We can be very descriptive sometimes. Anyways, the bottom line is that the food was good. 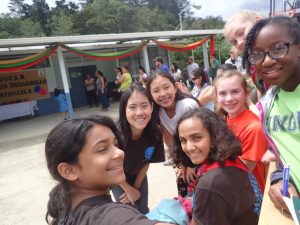 After breakfast, we had a special treat! We had the opportunity to watch an art festival which showcased a piece of the modern and historical aspects of the rich Costa Rican culture. The students of the school performed a variety of different acts ranging from poems and songs to dances, which demonstrated the different parts of the country. We also had someone represent our country and its culture. Kudos to Mae for singing the national anthem.

After that, we had a nice packed lunch from out host families who we had it yesterday. Did we mention how delicious the food was? 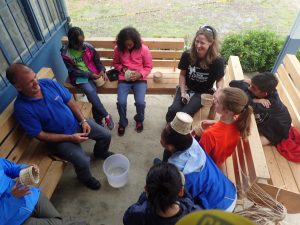 Later, we continued upon out day. We again started weaving the baskets that we started yesterday. It was quite peaceful, and in the end, we turned them into beautiful hats. We also wanted to mention that we may or may not have 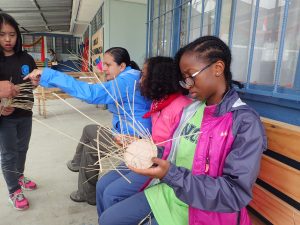 broken some swings (but of course we fixed them), and that we took some pretty bad selfies (as a whole ALL ANIKA).

Next, we came back to Cabinas Cecilia to retrieve our work gloves that we would 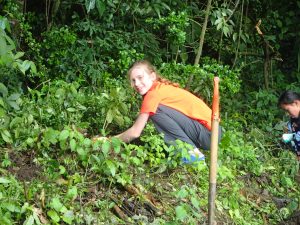 use to plant árboles (the aesthetically authentic word in a language called SPANISH). We each planted about 4 trees, which will benefit the environment.

Soon after the tree-planting, we were assaulted by an army of puppies (3 puppies and a mother). Our group was overcome by their adorableness, and they took over our minds. One dog ended up following us back, and was waiting as we had some dow 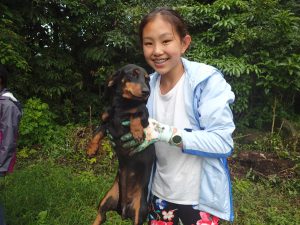 n time to ourselves (of which we spent playing mafia). We came out to discover the dog wagging his tail happily, and wanting to go to dinner with us.

Alas we have come to the end of the day. Where we are typing this.

One thought on “Spending Day Three with the Trees”