Day four in Santa Maria De Dota was definitely amazing! We learned how to cook the local Ticos food, worked on the pila (water piping system in English), helped the kids who were practicing spelling for their English spelling bee, and gardened! The activities planned throughout the day were amazing, but we definitely can’t forget playing with the local children and buying ice pops. 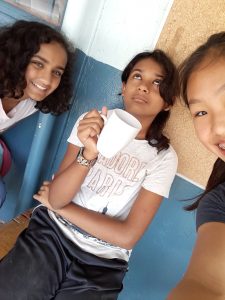 Manual labor is hard, but rewarding when the work is finished. We worked on the pipes and gardened. To lay the pipes into the ground, we had to low a straight ditch through the ground, then rubber cement the plastic pipes together. It was simple, but hard work. It took a long time, but ultimately we did a pretty good job. 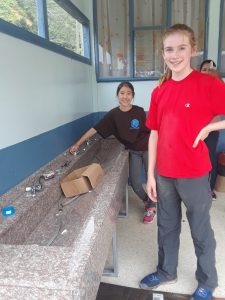 The pickaxe that we used was really heavy, and there were many big rocks packed tightly into the dirt that were hard to shovel out. We first loosened the dirt with the pickaxe which we took turns doing, then used a narrow shovel to shovel the dirt out of the ditch. 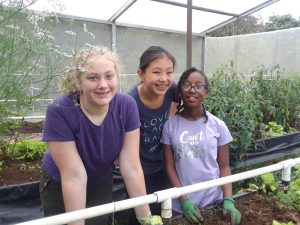 While gardening, we had to weed the garden completely and then plant onions and lettuce in the dirt. It was really interesting because we used compost as well as lime to fertilize the plants!

During recess for the children, we bought some ice pops from the school to give to the little kids. Although we bought a lot of ice pops, there were still more ice pops than children, so sadly not every kid got an ice pop. 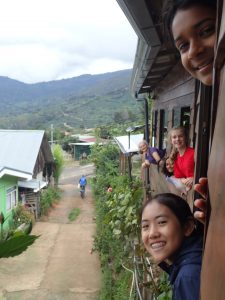 After an amazing lunch with our homestay families, we went back to the school for awhile, but at the same time we continually worked on the projects. We helped some children who were preparing for an English spelling bee. In between working, we played with the children. We played freeze tag, and some of us did cartwheels with them.

At around 2:00 pm, we went into the van and were driven to Rafa’s house. Rafa was the person who ran the reforestation program yesterday with us.  He owned a hotel, and his wife and inlaws had cooking classes. There, we made quesadillas and empanadas, and sugarcane water. 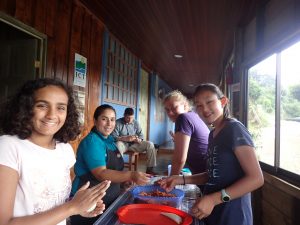 It was really fun, and we had a great time, not just cooking, but joking and laughing together! The quesadillas were slightly different the the ones in America, considering that the cheese was in the dough and the dough was made with cornflour.

Today was a blast, and we had a great time learning how to cook, creating piping systems, gardening, and of course, playing with the school children!

P.S, Hi Mom and Dad, how is it? I’m thinking about you, and so far it has been awesome! See you soon!

One thought on “Day Four: Cooking and Cultivation”